So, what is the Apple Watch history? Apple is known for releasing some of the most popular and useful technology.

Since it was released in 2015, the Apple Watch has been a favorite for individuals of all ages. Its sleek design and fashionable appearance make it essential for staying connected, staying organized, and looking great at the same time.

After years of researching which watches are ideal for family and friends and working with them over the years, I’ve gathered some insightful information about this classic piece of technology.

Consider the information I’ve gathered after years of research and working with Apple watches for myself and my family. Use this information to learn more about the Apple Watch and its rich history over the years.

The original Apple Watch was released in 2015 and had somewhat of a rough start. It was prone to many updates and had several issues needing improvement. The series 0, as it was known, Lewis to Trail for the Apple Watches of today.

What sets the Apple Watch apart from other smartwatches is that they have stayed true to its original design throughout the years and have tweaked and improved on this style. The original came in appealing sizes for those with smaller wrists, which was new to the market. They also had a standard size ideal for most wrist widths.

Some key features made Apple stand out, which included the following.

This version was known for having issues with bugs and needed frequent updating. It was a rough start for the Apple Watch, but a breakthrough nonetheless.

For the Series 1 Apple Watch, the price dropped to just over $250 and sped up the processes with a dual-core processor.

The old features remained intact, with the primary changes being to the operating system, 3 and improved speed, and reduced problems with bugs. This version was released the following year, in 2016.

The Apple Watch Series 2 added some new features and improved on some original features.

This version was released the same year in 2016 as Series 1, which gave consumers more options

The series 3 provided new connectivity features that allowed users to have LTE as an add-on via their carrier. Additionally, they added even more useful features.

Released in late 2017, the Series 3 had faster speeds and performance, with fewer bugs than ever.

The Series 4 focused on streamlined features, connectivity, and visibility. It was all-around a more comprehensive upgrade than its predecessors.

Released in 2018, this model improved the appearance and usability for users of all ages to appeal to a wider market.

This version was released in 2019 and improved many of its visual features. It also added a critical safety feature.

The addition of Apple’s LTPO technology allowed for the Always-on feature.

The Apple Watch Series 6 was released in late 2020. It was more focused on improving health-related apps and offering more variety.

The primary upgrades were health-focused on helping individuals track their breathing and sleep patterns while improving heart activity tracking.

Released in 2020, the Apple Watch SE was all about affordability.

It was priced at just under $300 and featured cellular service as an add-on feature.

The Apple Watch Series 7 was released in 2021 and was focused on looks and convenience features.

There were no new upgrades besides faster-charging speeds and an onboard keyboard. The screen was slightly larger, however, which made viewing easier.

The Apple Watch Series 8 is set for release in September of 2022.

Although no official specifications have been released, it’s rumored to have a new design and new features.

The Apple Watch has made its mark on the smartwatch industry and has provided revolutionary features that add to its usability, convenience, and popularity.

We are currently awaiting the new release with hopes of even more useful technology and streamlined design. 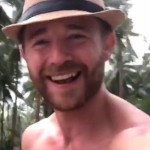 Joe Davies
Joe has a keen interest in wearable tech, after running marathons and triathlons and trying just about every Garmin watch there is.

Smartwatches is our thing.

Keep in mind that we may receive commissions when you click our links and make purchases. However, this does not impact our reviews and comparisons. We try our best to keep things fair and balanced, in order to help you make the best choice for you.